At Blue Sky this year (2019), I am currently working on an immersive piece called Charlie and the Awkward Factory.

At Face Front, I am one of the cast members in a transitional forum tour production of Its My Move. We are hoping to tour the show around different schools again this year (2019).

It was thanks to Access All Areas Theatre that I became aware of Face Front. When I was studying for my Performance Making Diploma at The Royal Central School of Speech and Drama with Access All Areas, I met a few people from Face Front. It was great to discover that there were people from different learning-disabled theatre companies in different areas of London. After completing the diploma, Access All Area informed me about a training project that Face Front was running called Training Emerging Artist (TEAM). Unfortunately, I couldn’t attend due to other performance commitments. However, they introduced me to Blue Sky Actors and I joined in September 2016 as mentioned above.

The atmosphere at Blue sky was very welcoming from very beginning. It was a safe space to have fun, play games, be silly, enjoy acting and forget about the outside world. It was fantastic to hear that Blue Sky had already created a wide variety of shows including pantos, abstract and very serious plays. The reason for this is because this would help me gain more experience in performing in genres of plays that I have never performed in before.

In November 2016, the staff at Blue Sky Actors saw potential in me and they formally introduced me to the Face Front main office where I was asked to audition for a part in Princess or the Graveyard Palace.Once I was accepted for the part, I became part of the Face Front team, which was brilliant as it expanded my drama company contacts.

What projects have you been involved in?

At Blue Sky, the pantos I’ve acted in so far include Peter Panto(December 2016),The Jungle Book (December 2017) and Alice in Winterland (December 2018). I have played contrasting characters in each panto. In Peter Panto, I played John who is a cool, loud, excited child. In the Jungle Book, I played the fairly god mother, who is very feminine and tries to make everything right. In Alice in Winterland, Iplayed multiple characters include, snowmen, Cinderfeller who acts like typical teenager and The Queen of Tarts who is camp and powerful. In general, it was great to contribute to playing light hearted characters in order to create a fun and seasonal atmosphere for children.

As well as acting, I have also had the opportunity to be a musician, singer and composer at Blue sky. In Alice and Winterland, I composed a song to show that Alice has been transferred to a new world. Also, I composed background music to underscore and capture the atmosphere of scenes in certain plays including The Unusual Suspects. Overall it was great that Blue Sky allowed me and other actors to show our own individual talents.

I have also work as one of the Blue Sky facilitators as part of the Newham Words Festival in November 2017. I facilitated a few drama games in order to create a fun atmosphere. It was great to have the chance to practice how to give out clear instructions to participants and practice my eye contact skills.

As mentioned, my first project at Face Front was Princess of the Graveyard Palace (January 2017). I played 4 characters which included a caveman, Greek sergeant, devil and a doctor. Each character represented the way society badly treated people with disabilities over the centuries. It was great to have paid work, develop my abilities to play multiple characters as well as raise awareness about the history of disability instructions and disability discrimination.

My second project at Face Front was a forum based transitional piece called Its My Move(September - November 2017) (September – October 2018). We toured the show in different schools and theatres. Once again, I played multiple roles. However, my main role was Stanley. He wants to draw comics as a job. He is very proud of this work but has a short fuse when things don’t go his way. As this piece is a forum theatre piece, Stanley gets help from the audience. They try and help Stanley not to give up. It was great to have to opportunity to develop my improvisation skills and interact with the audiences. I was thankful to have the opportunity to help the audience about the inevitability of moving on and the choices that they have to make when they leave school, which can be very challenging.

As well as an actor, I’ve also had the opportunity of being a facilitator at Face Front. In the 2018 tour of It’s My Move, all the actors led post-show workshops to some of the audience members. We facilitated warm ups, drama games based on the theme of the show as well as informed the participants about different shows and theatres across London. This was a perfect opportunity to develop my communication skills, meet new people and develop my ability to give out clear instructions.

What else have you done with Face Front?

Over the past 5 years, since 2012, I have worked on amazing projects, taking part in conferences for young disabled students to help them explore their journey, transitioning from school to further education.

I have also been involved in ‘Going Digital’ – a filming project with Kings College; Work experience and Sex Education workshops for Year 10 students. These workshops help to support awareness for the young audiences.

I enjoyed being involved in a production called ‘Determined and the Damned’ which was based on two famous women from Edmonton (Elizabeth Sawyer and Gladys Aylward) and their life experiences.

I have always been interested in music and drama from a young age. It helps with my confidence and self-esteem. Becoming a supported artist has helped me to gain more confidence and self-esteem, meet new people, make new friends as well as meet new directors and drama companies. It has also given me the opportunity to challenge my abilities as an actor, expand my potential and try out different styles of acting. This has therefore made me more confident with regards to taking on new challenges. Also, it has helped me gain more experiences in performing in different types of venues across London and beyond. In general, it has helped reassure me that I can achieve anything.

And what are doing now?

Over the last few years (2016 – 2019), I have been introduced to a lot of theatre companies. I am currently working with Greenwich and Lewisham Young Peoples Theatre (GLYPT) on a play called Ready, which will be performed at the Tramshed Theatre in Woolwich. This is part of a charged Festival (March 2019).

I’m an also working with Access All Areas Theatre on a Cabaret pieces called Not Fxxking Sorryand will be performing it a Soho Theatre (October 2019). I am also an Ambassador for Access All Areas and I am part of the professional Performance Company and Trainers/facilitator programme. Also, I am a co musician in an Access All Areas programme called Spinning Wheel, which is for people with profound needs.

I am also working with Emergency Exit Arts on an out-door piece called Zaraand will be performing it near The Imperial War Museum (May 2019). Furthermore, I often work as a facilitator in Hackney Shed collective projects i.e., circus, carnival and National Theatre Connections Projects.

I am hoping to work with Harringay Shed in the future on seasonal projects. I am also hoping to work with Vital Xposure again on a piece about the life of a man called James Henry Pullen. This piece will feature a giant puppet of a solder that he invented.

Also, I would like to create a solo piece that will tackle anxiety and the problematic elements of perfectionism. 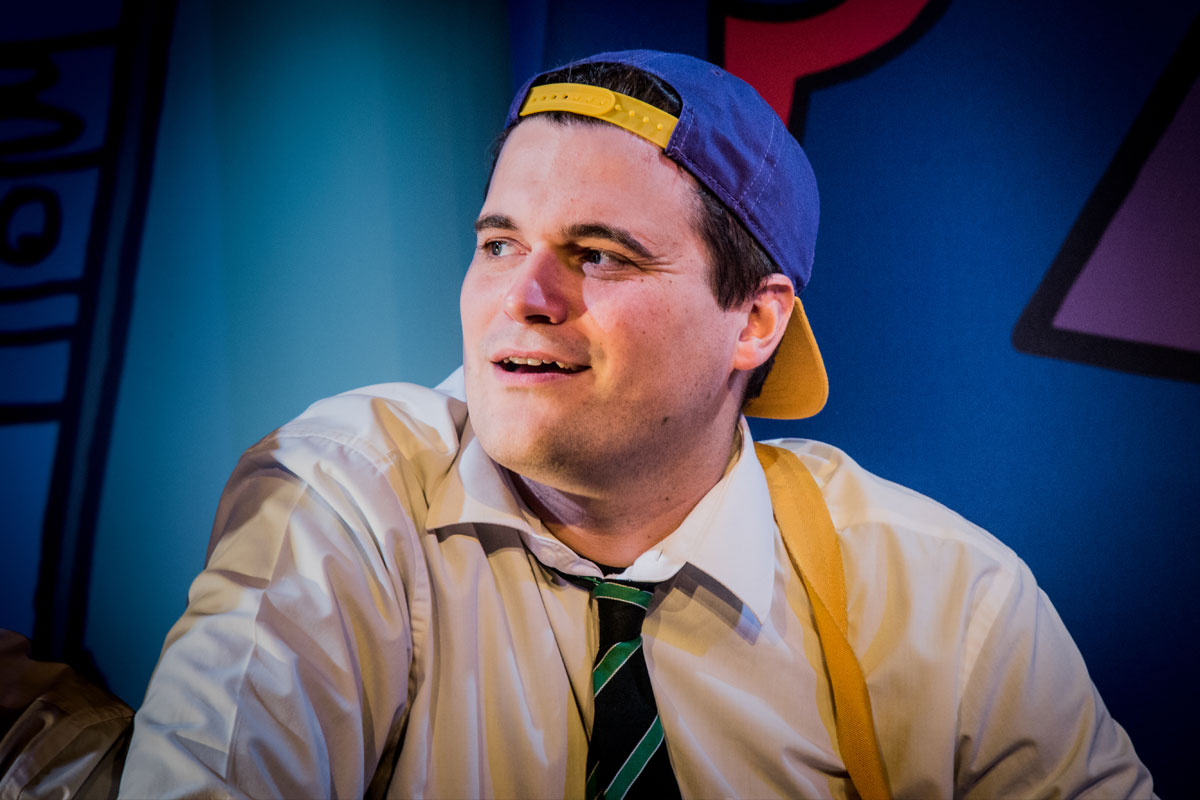