I was introduced to Face Front Inclusive Theatre through my placement at The Royal Central School of Speech and Drama. During my placement I was involved in a variety of Face Front’s projects, including Blue Sky Actors and T-I-E school tours. Since discovering Face Front, I have continued to show my support through working in creative projects such as InterACTion.

What Face Front Projects and Blue Sky Actors have you been involved in?

Blue Sky Actors – My role within these sessions has been to group support and work closely with specific members during the rehearsal process. As well as this, I am a performer and take part in the productions.

SCAC Creative Club Seniors – I supported the group and built a trusting relationship with a specific participant who has a disability. Working towards a show, I also took part in the performance and ran pre-show warm ups/ exercises.

SCAC Youth Theatre – During my time with this project we were rehearsing for a show at the end of term, so my role was to group support ensemble scenes and work closely with a small group to devise a scene. Alongside facilitating games/ activities for sessions I also performed in the final production.

InterACTion – My role as an artistic enabler involves me to group support in the sessions, as well as lead activities during rehearsals. Leading up towards a show, I have also taken on the role as a performer.

Broken Silence – This group have been working towards a show and as an artistic enabler, my time within the sessions would heavily involve supporting the group during rehearsals.

DDM – My role within these sessions included running games, activities and full workshops. Exploring improvisation and devising in my workshops, the group are now preparing for their upcoming show.

‘Whisper Me Happily Ever After’ T-I-E School tour – I took part in the rehearsal and touring process of this T-I-E tour. From prop sourcing to leading warm ups before the show, I was involved in many aspects of the project. As a general assistant of the show I was able to witness the running and process of a T-I-E tour.

As an inclusive theatre practitioner in training, gaining experience as a supported artist has really helped develop my creative practice. Learning how to make workshops and entire projects accessible to individuals with a disability is a skill I will taking into all of my future practice. I have also broadened my communication skills and witnessed how to create an environment that encourages participants to engage, have fun and embrace the arts just like they do day-to-day at Face Front Inclusive Theatre.

I am currently finishing my last term at The Royal Central School of Speech and Drama and embracing all work opportunities that involve creative arts and the community.

I would like to produce theatre projects that aim to raise awareness and if not resolve, then take one step closer to finding a solution to social injustices within the community. 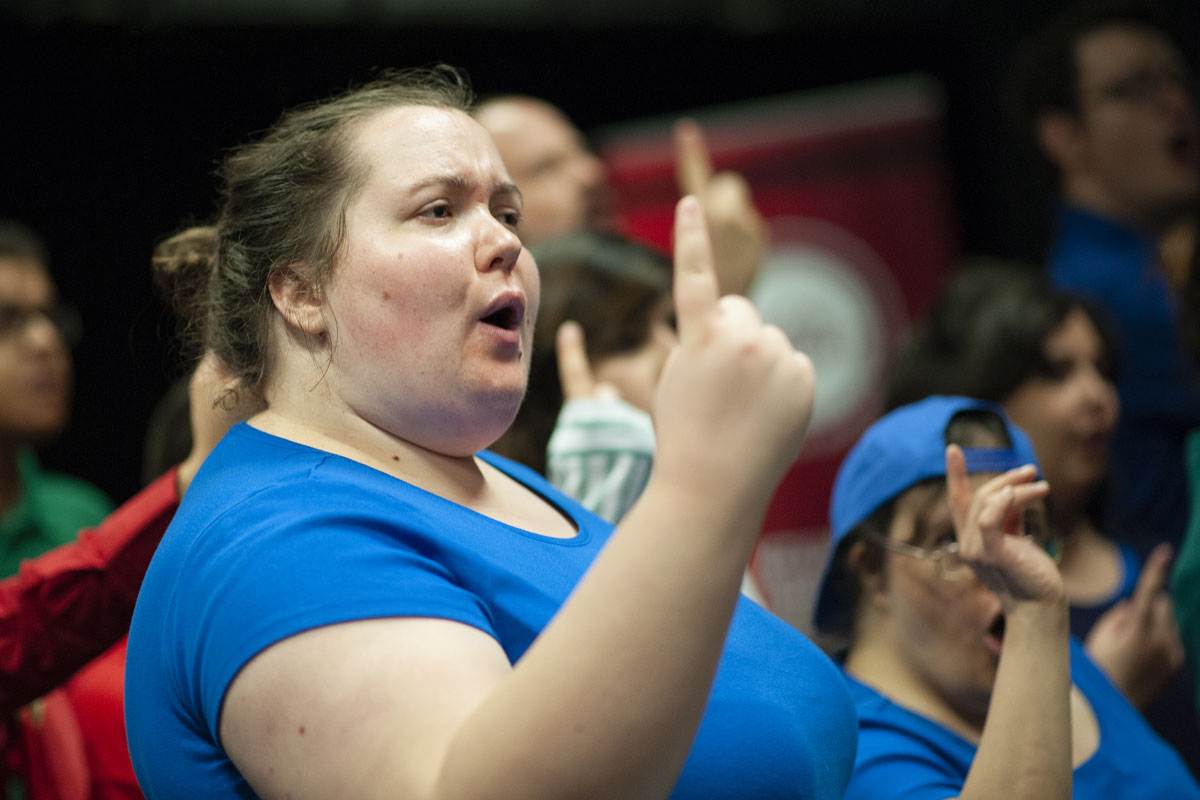