How did you become a Face Front Supported Artist?

I first came to Face front through work experience at my college, I enjoyed it so much I knew I wanted to come back and work there.

What projects did you take part in?

I have been part of the recent Mate Hate crime production about friendships and bullying, I really enjoyed the acting parts in this.

I am currently working on some long-term workshop productions for Broken Silence called Sandwich Man - The Musical.

Coming to Face front opened the door for me to learn about other drama groups and I am also part of the Blue Sky Actors, we recently preformed Peter Panto to rave reviews.

Sometimes I find it hard to feel confident but coming to Face Front has helped me so much with this.

And what would you like to do in the future?

I would like to do TV work one day and would love it if Steven Spielberg came to see me and the other actors in a production, he might give me a apart in one of his films 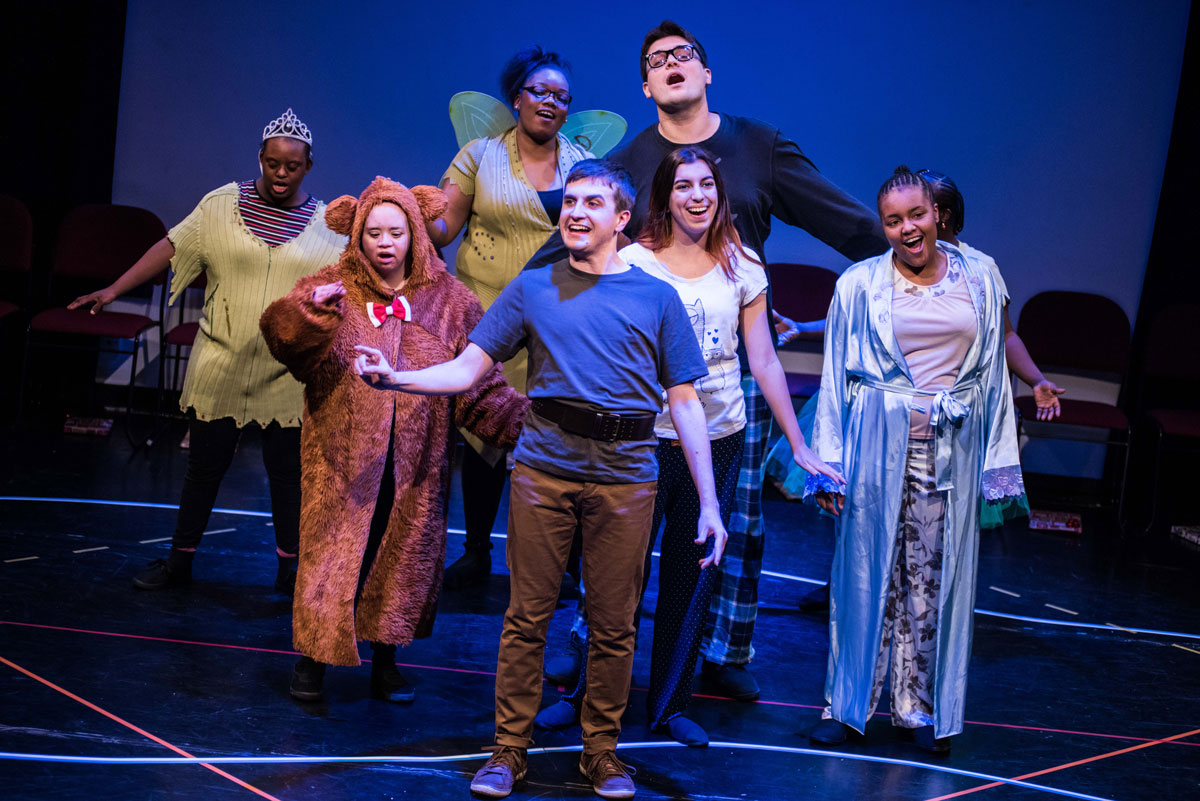