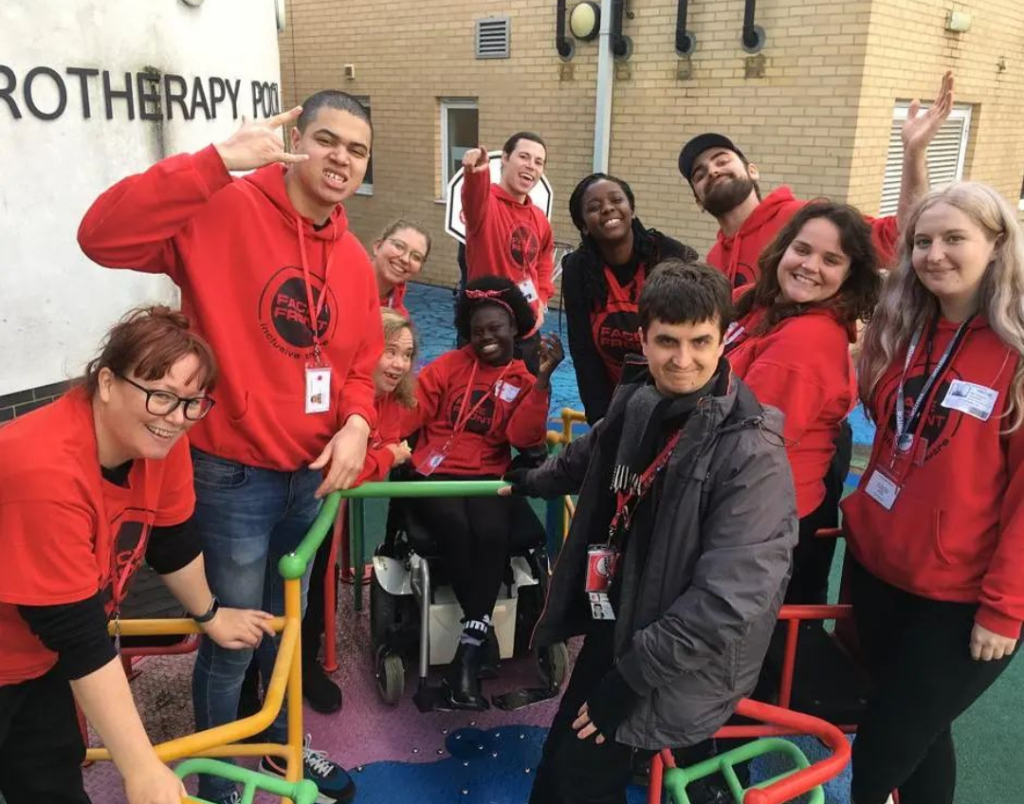 My time on placement with It’s My Move

It’s My Move is a touring theatre production created by Face Front Inclusive Theatre. It follows the narrative of six young people who are about to transition from secondary education and in doing so are making important decisions about their future through writing their Education, Health, and Care plan. It’s my Move allows young people of ranging abilities to immerse themselves in an engaging piece of theatre that is relevant to them;  by highlighting the possibilities and opportunities involved in the transitional period of moving from high school to young adult life for SEN students.

Touring a whopping 24 venues, this piece of theatre performs directly to audiences who find it extremely engaging and informative, which I have seen myself during the Forum section of the show, where at this point audience participation occurs. They call on a volunteer from the audience to embody a character on stage, therefore encouraging them to put the story right and encourage the characters in the show to make their own choice and use their voice.

My experience of watching the process of this show has been so valuable and wholesome! I have had the pleasure of meeting a number of fantastic professional actors, who have changed my perspective on creating theatre. With every rehearsal feeling more like being a part of a fun group of friends just doing what they love. We started every rehearsal differently, with my personal favourite memory being Robins time warp extravaganza, which at 10 am on a Wednesday, I think we all needed it! It just felt like a safe space to be silly and have fun while also sticking to scheduled work, pushing everyone to reach their full potential, and putting a whole new spin on a show that happens year after year!

One thing I specifically found very valuable from watching It’s My Move was my introduction to Makaton. I didn’t even know what Makaton was until I stepped foot in the Its My Move rehearsal room! The show is filled with Makaton as a joint form of communication in the piece, which makes the show so much more accessible for both the actors and the audiences. Needless to say, I rushed home after day 1 to show off all the Makaton signs I learned that day to my housemates! I’ve even been spending my own free time exploring more signs, as it’s definitely an aspect that can be added to any piece of theatre to enhance its accessibility and quality of it! And I will certainly be implementing it in the future.

Overall participating and watching the touring of It’s My Move has been an invaluable experience. I have learned the inner mechanics of a touring theatre in education piece as well gained an insight into the world of working with professional disabled actors. I hope to use the skills I have learned from Face Front in my future practice as a theatre maker.