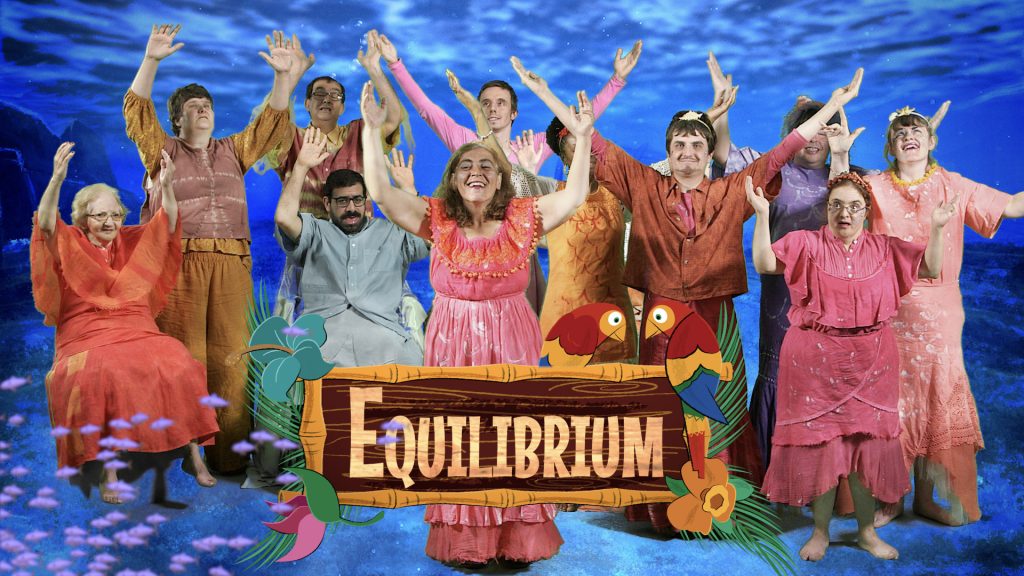 In the summer of 2019, Face Front’s Inclusive Adult Drama Group, Broken Silence, performed a successful run of their fourth full-scale original musical ‘The Myth of Marvo’s Millions’ at the Dugdale Centre in Enfield. Broken Silence is Face Front’s Theatre group for disabled adults run by Jon French and Angie Wallis at Park Avenue Disability Resource Centre in the borough of Enfield. The group is made up of 25+ adults with sensory and mobility impairments, mental health issues, and learning disabilities.

Following on from this successful production, and filled with ideas for the group’s next project, one of the participants suggested creating a show inspired by a David Attenborough documentary that she had seen, about plastic and pollution in the oceans. We put the idea to the group and started to think about what happens under the sea. We talked about how the world on land and the world below the sea need to live in harmony, and this was the starting point for our new production. The group soon created the characters they wanted to play, 18 original songs were written, and a script was created for this new musical, which we called ‘Equilibrium’, but the prolonged impact of the pandemic meant that it could not be performed at the theatre in the summer on 2021, as originally planned. However, we felt it was very important to continue to meet with the group every week on Zoom, to keep up morale and check in as to everyone’s wellbeing during this unprecedented time, We then began to rehearse the show every week, and further develop our ideas. Face Front provided tablets for those who did not have their own computer, and soon everyone was connected again. Towards the end of 2020, we decided to turn this stage show into a film, where we could work in small groups in a socially distanced way and film on a green screen. Face Front then built a full-size professional Green Screen Studio in our existing premises in Edmonton. It soon became clear that a high-quality soundtrack would be needed for this project, and so work began on the recording process. This was a truly phenomenal task, with our musical director, Greg Williams coordinating with a self-isolating band and a remote working sound engineer to produce 18 new original songs. This process included three epic but fantastic days of recording the participant’s vocals individually, before our brilliant sound engineer, Scotty Watson, mixed them all together. The result of extremely hard work, imaginative use of technology, incredible patience, enormous talent, and the desire to make something brilliant in an unprecedented and challenging environment, was inspiring. Once the soundtrack was completed, filming began in August 2021.

As we were filming on Green Screen, we needed an illustrator to create the background art, and we found a wonderful artist, Maksym Stasiuk, who is based in Ukraine. After producing some wonderful initial drawings for us, the plan was that he would paint the rest of the backgrounds after filming was completed; little were we to know what would happen. Max is still attempting to work and finish the final pieces, whilst his family has fled to Italy, and he is housing a family who has fled from Kyiv. As part of the launch of this film, we are attempting to raise some funds to help Max and his family to hopefully survive and be reunited.

Our story takes place on the fictional island of Hanalei and her surrounding waters. The Islanders respect their environment and live in harmony with the natural world. One day a Mermaid Princess, Alana, gets tangled in some fishing nets whilst exploring near the surface of the sea. The resident island’s Marine Biologist, Jonathan Marcus, takes her back to his laboratory on Hanalei, in an attempt to save her life. He is very kind and after a while, he and Alana begin to fall in love. Some Islanders are overjoyed at the news of a mermaid being ‘captured’ as they believe this will bring great benefits and money through tourism to the island, but others are horrified at this concept as it could upset the environmental balance. Alana’s capture causes panic amongst the sea-life, as they fear she has been kidnapped, so her Mer-family brave the land to save her. When Alana’s sister, Shona, sees that she seems to be happy on land and in love, Shona decides that she will stay on land too. Both sisters have beautiful singing voices and soon people travel from all over the world to hear the singing Mermaid Sisters. The island’s tourist industry explodes but this not only increases its wealth but also brings more pollution to the air and sea.

Soon, the two mermaid sisters travel back to their underwater home to tell everyone about a huge concert that they are going to perform in together, on the island, and also to share the news that after the concert, Shona plans to tour the world as the famous Mermaid solo singer. Alana is planning to settle down on land with Jonathan Marcus, however, historically, relationships between humans and Mermaids have always been discouraged, as it is believed that they can never co-exist. The news of this union is not welcomed by their Mer-brother, Alex. After the concert is over and all the tourists from around the world have gone home, the effects of their pollution are terrible to see and the sea-life feel threatened. Alex becomes so angry that he uses his special powers to send a huge tidal wave crashing onto the island, destroying many buildings in its wake.

Once the ocean has calmed again, Alana searches through the rubble for Jonathan Marcus, who blames himself for all this trouble. After many souls searching, everyone understands the error of their ways, and the sea life and human beings begin to find a way to live in harmony with the planet and each other once again. This coming together is witnessed by the world, and this encourages Mer-people to come out of hiding all over the planet, meaning that Hanelei’s tourism trade can return to normal levels and the natural Equilibrium is restored.

‘Equilibrium’, is Broken Silence’s most ambitious production to date, and Face Front and Broken Silence are now extremely proud to announce that ‘Equilbrium’ will have its UK premiere at 7:30 pm on Thursday 30th June 2022 at the ODEON Lux Lee Valley in Enfield, please contact Face Front Inclusive Theatre for more details Tel: 0208 350 3461. Email: ray@facefront.org 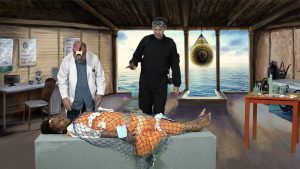 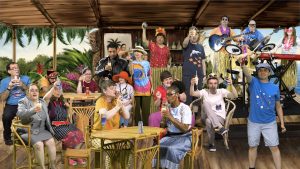 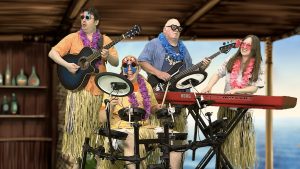