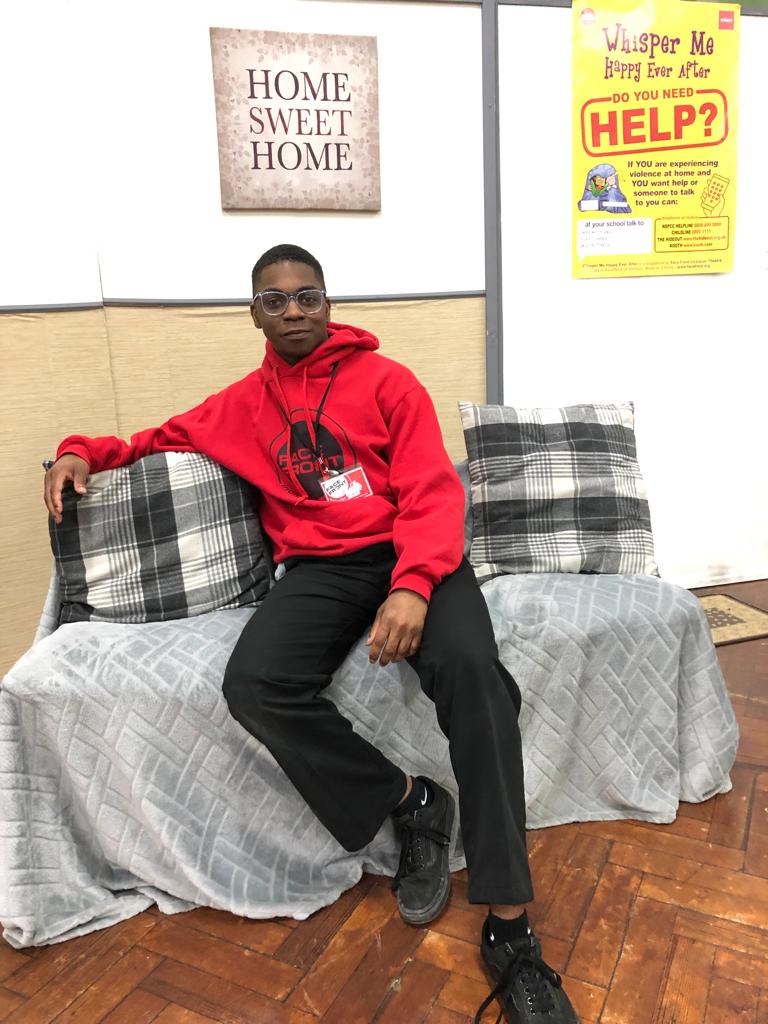 Whisper Me Happy Ever After 2022- Taj

This is my first tour as a professional actor, and as far as expectations go, I stayed open-minded but was still surprised by how impactful it was on myself, the team, and the people it reached.

I play the parts of ‘Michael’ and ‘Uncle Ali’ in the play ‘Whisper Me Happy Ever After’- directed by Annie Smol. The cast was intimate but easily filled every space we entered. I felt a chemistry with the team almost instantaneously. I have done a lot of camera work since graduating from university, but this project reconnected me with the theatrical creative process, and all the excitement that it brings. When you’re only limited by your imagination and you’re in a room full of actors, it’s easy to feel limitless. And this process was just that.

The play itself balances the highs and lows of family life in such a tactful and delicate manner. It tackles the issues of domestic abuse and encourages children/adults who are in similar situations to speak out about it. There is also a segment of the show called ‘The Forum’, which consists of interaction between the characters and the audience, discussions about themes in the play, and revisiting moments in the play with members of the audience filling in certain roles.