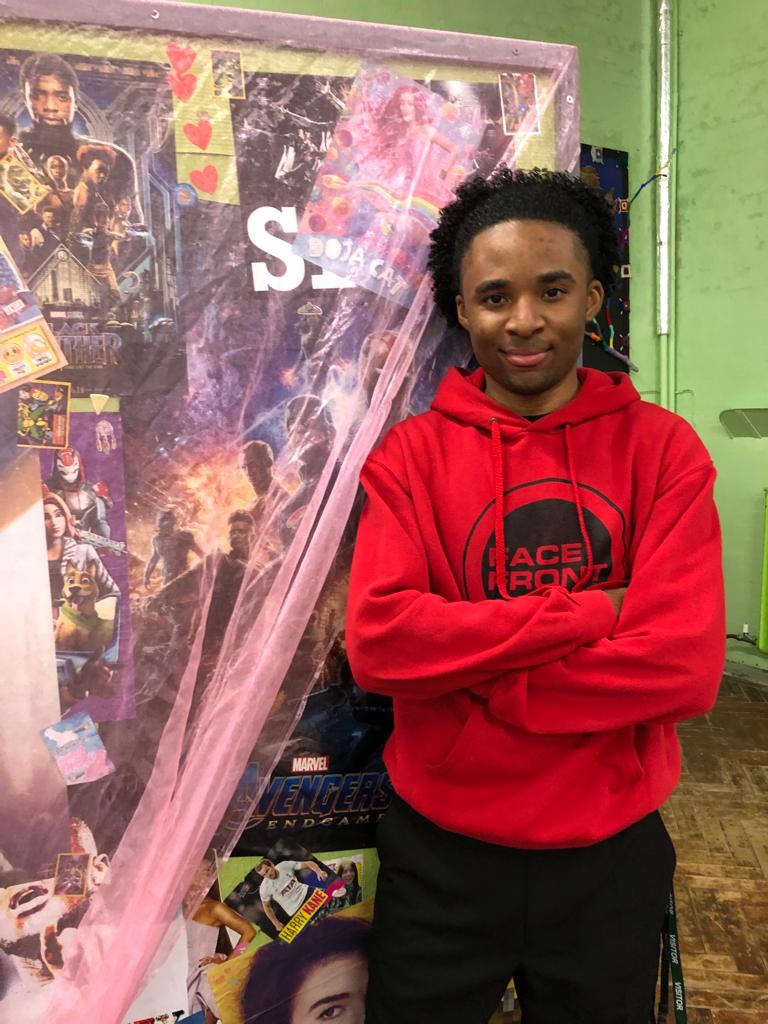 WHISPER ME HAPPY EVER AFTER 2022- KYMARNI

Hi, my name is Kymarni Appleton, I’m 22 years old, and I am a Creative Performing Artist, as well as a Freelance Actor at Face Front Inclusive Theatre. I first found out about Face Front when I was on a filming project with someone who has worked previously with Face Front. This Inclusive Theatre Company is such a beautiful company to work with and those a part of it, are so lovely to be around. It provides such a safe, open, honest, and creative space for all to just be themselves in whichever means they wish. I am always so comfortable when coming to, or working with Face Front Theatre because they are like such a big huggable family.

I have worked with Face Front on 3 different projects now. The first was a Theatre In Education (TIE) Tour called ‘SexFM’. I worked on this project in January 2020 and this I must say has been one of the best theatre projects I have ever been on. It was lively, current, and very informative. It touched on lists of poignant issues and misconceptions around the theme of sexual health, sexual activity and sexual behaviours. One of the most grateful moments I had whilst being on that touring project, was that I remember watching the same show when I was in secondary school in 2014/15. Then 5/6 years later, I’m playing one of the Main Characters ‘DJ Slammer’. It’s not every day you get the privilege to watch a theatre show, and then years later you get a greater privilege and opportunity to be in that same show. The second was an Educational Film called ‘It’s My Choice’. It touched upon the themes of school transitioning through life and facing the challenges of going to start a new journey in a new place. It also shined light upon supportive and non-supportive characteristics from family, friends, teachers, and other adults that could influence your life choices.

I am currently drawing to a close of another project with Face Front called ‘Whisper Me Happy Ever After’. This Theatre In Education (TIE) Tour has really taken a special place in my heart, as its heavy and immersive content is themed around domestic violence, domestic abuse, and mental health. I have personally experienced stories and situations surrounding this theme and when approached to be a part of this project, I was honoured to do it justice. It is such a brilliant piece of work that’s innovative, informative, and life-changing, as it provides a safe and open space to allow young people to understand the severity of domestic violence and domestic abuse, and how to speak up and speak out about it. The Team that Face Front have cast together is absolutely phenomenal and all thanks to the Face Front Casting Team, they really do know how to spot talent from a mile away.

Face Front Inclusive Theatre always believe in making a difference and touching the hearts of people of all ages, and it is clearly visible through all the work they do. Without Face Front, my creative arts career wouldn’t be as vastly expanded as it is now. I owe and thank them A LOT!