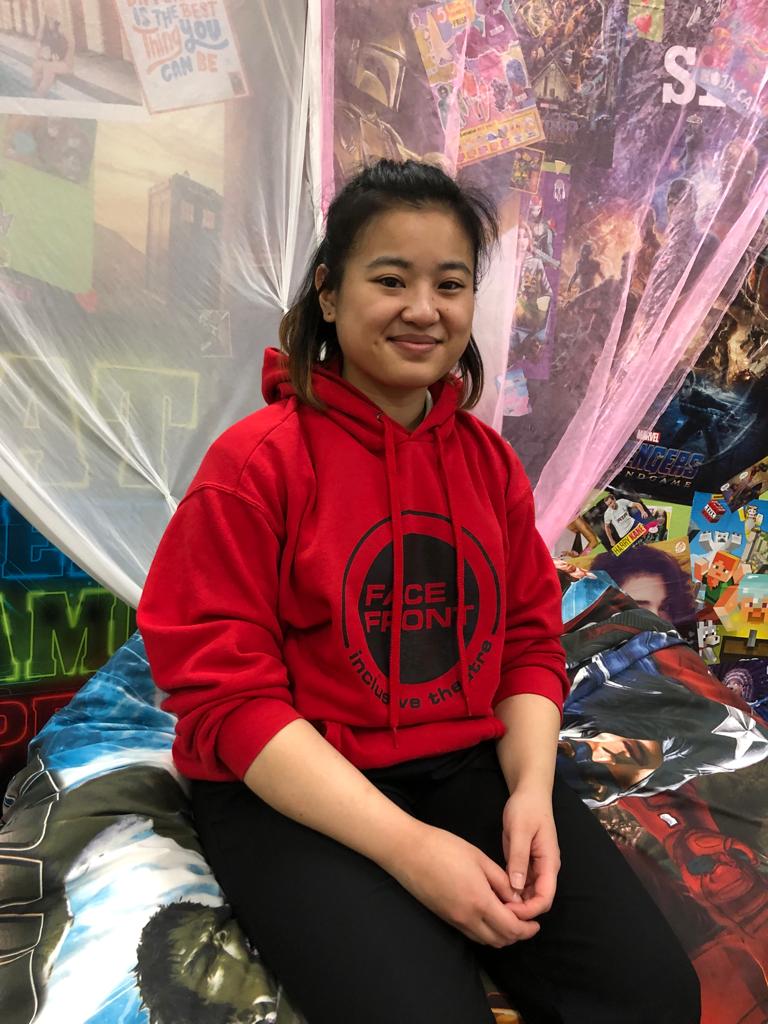 Whisper Me Happy Ever After 2022- Chi Lin

Theatre is close to my heart

This is my sixth and final week on tour with Face Front Theatre with the awesome show ‘Whisper Me Happy Ever After’. It follows the story of siblings Yasmin and Aaron, where things aren’t as happy at home as they seem.

We act out the play and then we end on forum theatre where the children can join in and give suggestions on how the characters can get some help. The play is fun and impactful, it’s great to hear how observant, intelligent, and engaged the children are during the forum theatre section. And I find it really cute to see how the audience members warm to my character Yasmin so much that they continue to call me Yasmin after the show is finished and when they recognise me in the corridors while we’re doing the get out.

Theatre is close to my heart as it’s where I started acting. My acting journey began in college at NewVIc, where I studied Performing Arts and met Ray Downing during Theatre Venture Youth Company. I then joined Universal Citizens and cut my teeth on Panphobia, an unsettling play with a twist on Little Red Riding Hood performed for three weeks at Lost Theatre in Stockwell. Slowly, I made the transition from theatre into TV and film. More recently, I’ve had the privilege of acting in Disney’s Artemis Fowl, directed by Sir Kenneth Branagh, and Wonder Woman 1984, directed by Patty Jenkins. I absolutely love theatre, from the intense rehearsal process to the tangible energy omitting from the audience, so I’m thrilled to be back on stage performing live with such a talented cast.

I love how theatre engages everyone’s imagination and creativity, to bring everyone into the same made-up world, just for those short moments. How theatre makes people think and feel, and ask questions. How Face Front Theatre makes the children think and feel, and ask themselves questions. Face Front’s work is powerful and amazing, and I hope they can continue to create lifesaving, life-changing work. If you are yet to see their work or get involved, be sure to follow them @facefronttheatre and check out their other blog posts!

Thank you in advance for an amazing journey over these last two months Face Front. Loving your work!